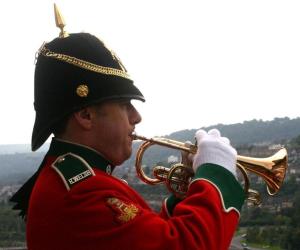 This Sunday will once again see many of us commemorating Remembrance Day at Parades and Memorial Services up and down the country.

One of the integral parts of that Service, will be the playing of the Last Post preceding the 2 minute Silence. For many, this is the most poignant part of the proceedings, bringing all sorts of emotions to the surface, from even the most robust and stiff-upper-lipped of characters, as memories of loved ones and fallen Comrades, as well as thoughts of current serving personnel in the Armed Forces are given heightened awareness.

I have been honoured and privileged to have been asked to play the Last Post at numerous Parades, Memorial Services and Funerals during the last 30+ years and since joining the Regimental Band of The Royal Welsh, have a heightened awareness of its relevance and meaning to members of the Armed Forces and civilians alike.

For those who understand music theory and a little about brass instruments, the Last Post is merely a C Major Arpeggio (consisting of 5 different notes) usually played on either a Bugle, a Cornet or Trumpet. There are no valves (buttons) required and the music is such, that it can be performed by a player of around Grade 5/6 standard or above.

Understandably, the Last Post is something which is sorely missed if not performed, however can become the target of all kinds of criticism and at its worst, ridicule, if not played absolutely perfectly. “But it should be played, perfectly!” I instantly hear you cry.

Trust me when I say that anyone who is tasked with playing this short, simple piece of music, wants to play it to the best of their ability and get it note-perfect. The onus of representing your Village, Town, Royal British Legion Branch, local brass band, school band etc. is one which will have given many a Bugler sleepless nights this week, knowing that every note represents so much, to so many people and is the “ultimate tribute” to those who have fallen in conflicts.

Many of these Buglers however, are not professional musicians and are volunteers who are “doing their bit” for their local community. There may be instances where they have been “volunteered”, owing to nobody else being available, someone being taken ill at the last-minute, or nobody was brave enough to stand up and be counted and do it in the first place.

One hopes that the weather will be kind on Sunday, but even then, putting a freezing cold metal mouthpiece – some use plastic, but it never feels the same for the player – on lips that are tight from the cold and from hanging about waiting to play, doesn’t make for ideal preparation. Miss just one note and you can sense everyone wince and start inwardly tutting about it.

For a variety of reasons, there are less Buglers being available each and every year to perform at parades and the demand, sadly far exceeds the supply. Please be assured that your Bugler will try their damnedest to give as fitting and respectful a tribute as they can, but if it’s not quite note perfect, don’t be quick to criticize, but be thankful that you had a  Bugler there at all, to add that something special to the Memorial Service. Buglers, we salute you!

“We will remember them”. 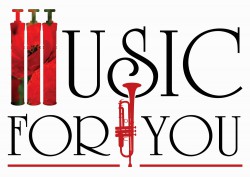